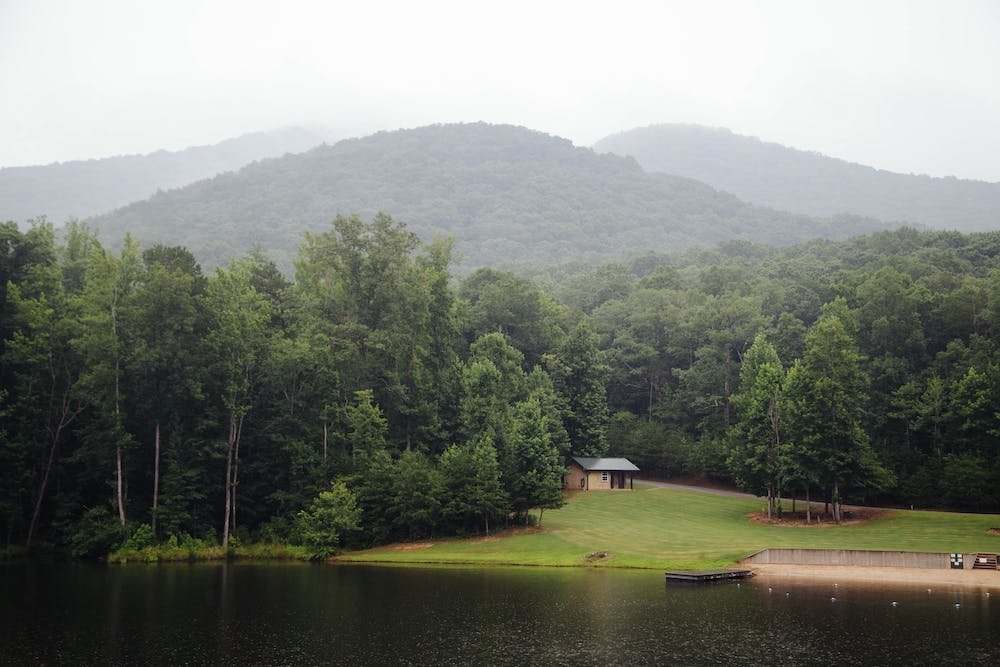 James Himstedt, known as “Rambo” at camp, has served as Camp Owner & Director since 2005. James devotes his time to developing solid programming, inspirational summer themes, and hiring and training the best possible role models for our campers. He spends much of the “off-season” on the road, visiting current camp families and meeting new prospects as we seek out more and more campers to join us each summer. With a degree in Outdoor Recreation from Baylor University, James is in his element running camp. He enjoys spending his down time cycling, leading mission trips, hunting, coaching the local mountain biking team, participating in community theater, and most importantly, hanging out with his wife and four children.

Corie Himstedt is James’ wife, and mother to their four children. Known as “Wrangler” at camp, Corie uses her day-to-day life experiences with raising and homeschooling the Himstedt children to pour guidance and direction into Strong Rock’s summer staff. Her degree in Animal Science from Berry College gets put to use at the camp stables where she oversees the operations. She loves camp, time with family, helping to coach the local interscholastic mountain bike team, and assisting with the youth group at church. As a fellow mom, Corie is available to all of our camp parents when they have questions about Strong Rock. In her free time she can usually be found at the barn.

Do you have questions about sending your child to summer camp? We know it’s a big step for your child and your family.

There are lots of different considerations, especially if this will be your child’s first time away from home. Please call or email any one of our Directors — we would love to answer your questions. We’re parents too! 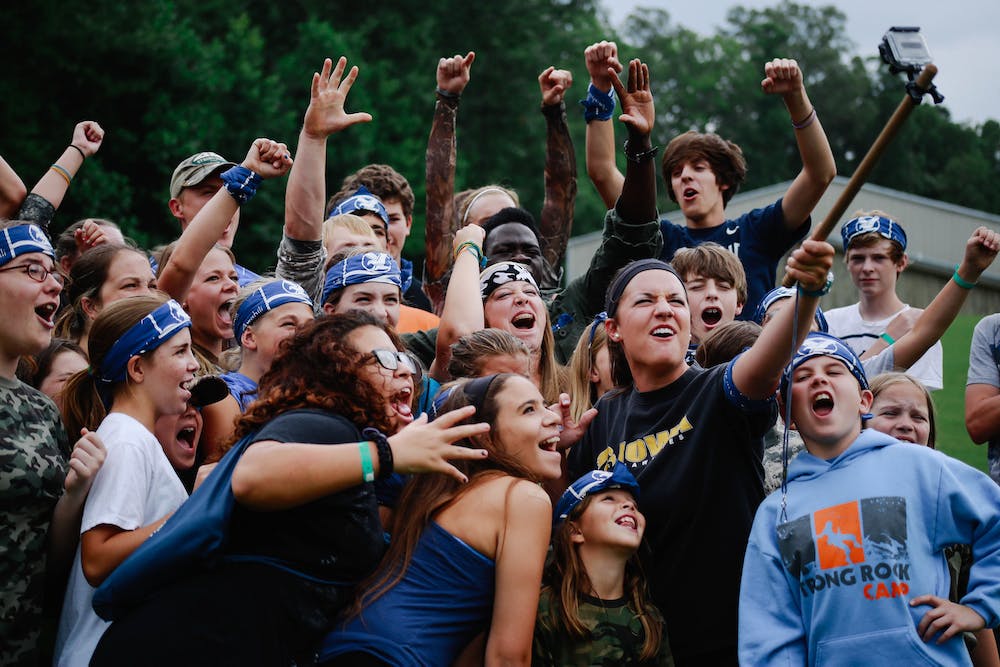 50% Off All New Main Camp Campers

As a reflection of the Lord’s generosity, we desire to pay 50% of each new camper’s tuition. This only applies to campers attending a Main Camp session.

If you call the camp office, there is a 99% chance you will talk to Rebecca, a.k.a. “Sprinkles”. Rebecca keeps all of our paperwork and forms in order, manages camp-to-parent communications, and helps ensure that we have the necessary information to provide outstanding service to each child. Rebecca’s experience as a camper and staffer at other camps has proven invaluable as she fields parent calls throughout the summer. Camp changed her life and she loves seeing lives changed at Strong Rock. Away from camp, Rebecca loves mentoring college students, cheering for Georgia Tech, playing with her backyard chickens, helping lead worship at her church, and hanging out with her husband, Steve.

Daniel Brannon, who’s camp name is “Scoot,” serves as the Director of Facilities part-time. However, his camp story began in the summer of 2006, where he served as a camp counselor at Strong Rock. Now he is busy making sure camp looks its best, performing minor carpentry, plumbing and lawn maintenance, and repairing fixtures and equipment. He’s the ‘handyman’ of Strong Rock Camp. During Daniel’s off days he uses his gifts of service by saving lives and serving in Athens-Clarke County as a firefighter. Daniel enjoys spending time with his family, hunting, fishing, bike riding, horseback riding, and cheering on the Braves and the Dawgs.

Levi, whose camp name is “Stride,” has been part of the Strong Rock family since 2014. Over the years he has played the role of Counselor, Head Counselor, Program Specialist, and now Program Director. Levi has a creative mind and passion for continuing to improve the program at camp as he creates new evening games and plans for the summer. Levi graduated from Truett-McConnell University and enjoys reading, outdoor activities and spending time with his wife Holly and their two daughters.

Annie, otherwise known as “Star,” first came to Strong Rock in 2015. After spending 4 summers as a horseback instructor she joined the full time staff in 2018 after graduating from NC State University with a degree in Business- Human Resources. Annie runs the barn throughout the year as well as the summer camp months. She is over the care of the horses and gives riding lessons to kids and adults in the area and then oversees the horseback program at camp. Annie enjoys riding (especially her horse Kahlua), smiling, cooking, spending time outside, and being with friends and family. Annie’s favorite thing about working at Strong Rock is seeing the joy that horses bring to people, and the amazing work that God does here.

Larry and Norma Adams, parents of Corie, played a major role in helping make the dream of Strong Rock a reality. Their generosity and willingness to follow God’s leadership allowed James and Corie to pursue this venture. Larry is usually found lending a helpful hand with anything that’s needed around camp. His servant’s heart and humble leadership sets a positive tone for all those he comes in contact with. Norma, or “Mama Norma” as campers know her, spends many days during the summer helping out with many tasks including sorting the mail or running errands. She LOVES to spoil our staff with care packages and encouraging notes to let them know just how much they are appreciated.

Learn about how we help campers grow into leaders.